Arsenal are closing in on a £45m deal for Monaco's 21-year-old France midfielder Thomas Lemar. 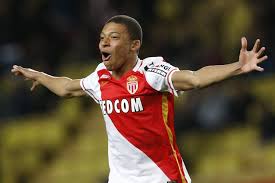 Other transfer news below:


- Real Madrid coach Zinedine Zidane has said he cannot guarantee that Wales forward Gareth Bale, 28 - who is a target for Manchester United - will stay at the Bernabeu this summer. (Mirror)

- Tottenham boss Mauricio Pochettino wants to sign Barkley this summer to convert him into a central midfielder. (Times)

- Chelsea have made a late bid to sign 19-year-old Bayern Munich and Portugal midfielder Renato Sanches on loan. (Telegraph)

- Liverpool are ready to make a final attempt to sign RB Leipzig's Guinea midfielder Naby Keita, with a bid in excess of £70m likely for the 22-year-old.(Mirror)

- Monaco have rejected Arsenal’s third offer of €50 million for Thomas Lemar, but the winger’s sale hasn’t been completely excluded. (L'Equipe)

- Monaco would be willing to sell Kylian Mbappe if they were to receive a bid of €180 million. (L'Equipe)

- Chelsea are prepared to break the world record transfer fee for a defender to sign Alex Sandro from Juventus. (The Times)

- Inter have made Bayern Munich midfielder Arturo Vidal their number one transfer target and are preparing a bid of €50m. (Gazzetta dello Sport)

- Barcelona have not yet ended their pursuit of in-demand Monaco youngster Kylian Mbappe. (Le Parisien)

- Meanwhile, the Reds remain unmoved in their stance that Brazil forward Philippe Coutinho, 25, is not for sale amid interest from Barcelona.(ESPN)

- Inter Milan boss Luciano Spalletti says he wants 28-year-old Croatia winger Ivan Perisic - a Manchester United target - to stay at the club, but that he "can't say for sure" what will happen. (ESPN)

- AC Milan chairman Marco Fassone has revealed the club have spoken to the agent of Chelsea and Spain striker Diego Costa, 28. (Sky Sports)

- Striker Karim Benzema, 29, is expected to re-sign with Real Madrid for the upcoming season, regardless of whether the club sign his 18-year-old France team-mate Kylian Mbappe from Monaco.(Marca)

- Argentina forward Paulo Dybala, 23 - a target for Manchester United and Barcelona - has no plans to leave Juventus this summer.(Talksport)

- Former Arsenal and Liverpool winger Jermaine Pennant, 34, is set to sign for Billericay Town despite interest from Scottish Premiership side Hibernian. (Sun)

kemi said:
Arsenal are closing in on a £45m deal for Monaco's 21-year-old France midfielder Thomas Lemar.
Click to expand...