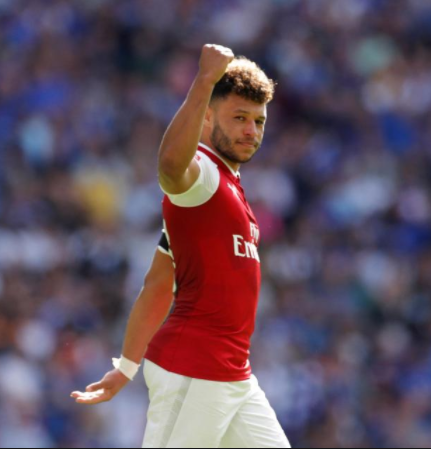 See other transfer news below:

- PSG have concluded an agreement with Monaco to sign forward Kylian Mbappe, 18, and defensive midfielder Fabinho, 23, from the Ligue 1 champions. (Daily Record)

- Chelsea plan to hold talks with Everton over a £30m deal for 23-year-old England midfielder Ross Barkley after the two teams clash on Sunday. (Sun)

- The Blues are also weighing up a late bid for Swansea City's 32-year-old forward Fernando Llorente, who is interested in playing under manager Antonio Conte again. (Daily Telegraph)

- Arsenal will sell Germany defender Shkodran Mustafi, 25, before Thursday's deadline if they receive an offer of £35m - the fee they paid Valencia a year ago. Juventus and Inter Milan are interested. (Daily Mail)

- However, Crystal Palace are confident of re-signing former PSG defender Sakho, who spent the second half of last season on loan at Selhurst Park. (Times - subscription required)

- Watford are back in talks over a deal to sign Kieran Gibbs after Arsenal lowered their original £15 million asking price. (Evening Standard)

- Cagliari are interested in signing Chelsea striker Loic Remy. He struggled with injury during a loan spell at Crystal Palace last season and could head to Serie A in a bid to get his career back on track. (Sky Sport Italia)

- Chelsea are ready to make a £15 million bid for Swansea City striker Fernando Llorente before the close of the transfer window. (Daily Telegraph)

- Marseille are considering a move for Liverpool striker Divock Origi after Olivier Giroud decided to stay at Arsenal.

- Juventus and Barcelona are yet to reach agreement over a deal for Andre Gomes following talks over the midfielder at the Champions League draw in Monaco on Thursday. (Tuttosport)

- Zlatan Ibrahimovic will take a 50 per cent pay cut upon re-signing for Manchester United in January. (The Sun)

- Juventus are interested in the possibility of signing Chelsea and England defender Gary Cahill. (The Sun)

- Julian Draxler's time at PSG could be nearing an end, with the player's agent recently in Germany to push for a move to Bayern Munich.

- The Gunners are also ready to start the bidding at £35m as Chelsea and Liverpool compete for winger Alex Oxlade-Chamberlain, 24. (Daily Mirror)

- Oxlade-Chamberlain's future at the north London club remains in doubt following the latest talks between the player's representatives and officials. (Evening Standard)

- Meanwhile, ex-England defender Danny Mills has claimed that "Liverpool fans have to realise that they are not quite the pull they used to be". (BBC Radio 5 live In Short)

- Barcelona will continue in their bid to try to bring Liverpool midfielder Philippe Coutinho, 25, to the Nou Camp. (Mundo Deportivo - in Spanish)