Barcelona goalkeeper Claudio Bravo, 33, is due to finalise his move to Manchester City on Thursday and trigger Joe Hart's exit from the club. 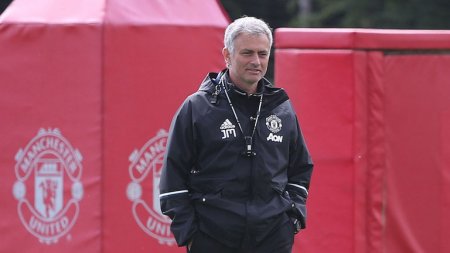 Here are others stories on today’s football transfer market:

- Manchester City is interested in Hajduk captain and Croatia's nr 2 goalkeeper Lovre Kalinic. Kalinic agreed everything with Aston Villa in January, but the transfer failed because he couldn't get work permit in UK. (Sportske Novosti)

- Napoli raised an offer for Marko Rog to 16,5 million euro plus bonus and Dinamo offensive midfielder should go to Italy for medicals on Thursday, morning after him last game for Dinamo, CL playoff 2nd leg in Salzburg. He is to sign 5 years deal. (Večernji list)

- After cooling their interest in Napoli's Kalidou Koulibaly, the Blues are now looking to take the Torino defender, a long-term target for the southern Italians. (The Daily Mail)

- Everton have pulled out of the race to sign Manchester City goalkeeper Joe Hart after being put off by the £7 million loan fee requested by the Etihad Stadium outfit. (Daily Mail)

- Liverpool will look to loan defender Mamadou Sakho out before the end of the transfer window as they look for him to retain his form and fitness. (Daily Telegraph)

- The Gunners' search for a new defender has led to links with the 23-year-old DR Congo international, who can play in the centre or on the right-hand side. (Daily Mirror)

- Chelsea tabled a £30 million bid for AC Milan defender Alessio Romagnoli but were rebuffed by the Serie A side. (Sky Sport Italia)

- Arsenal have been told they must pay £25 million if they are to sign defender Jonny Evans this summer. (Daily Telegraph)

- Tottenham are set to step up their interest in Barcelona forward, with the Camp Nou outfit wanting £12.9 million for 20-year-old. (Sport)

- England boss Sam Allardyce has not ruled out a return to international football for Chelsea defender John Terry, 35. (Guardian)

- Chelsea have told Napoli they will not increase their offer for Senegalese defender Kalidou Koulibaly, 25, with their last bid worth £40m. (Daily Telegraph)

- Torino defender Nikola Maksimovic, 24, is another target for Chelsea - but Napoli are also interested in signing the Serbia international. (Football Italia)

- Manchester United boss Jose Mourinho wants to sign Southampton centre-back Jose Fonte for about £12m but has been told he must offload some of the club's big earners. (Sun)

- Liverpool boss Jurgen Klopp says he cannot wait for the transfer window to be closed, as he can't believe how "obsessed" people were with signing new players. (Liverpool Echo)

- Arsenal's Swiss international midfielder Granit Xhaka, 23, has been offered the chance to play for the Kosovo national side. (Evening Standard)