Curators
Dino Melaye, candidate of the Peoples Democratic Party (PDP) in the Kogi west senatorial rerun election, has lost his seat at the senate to Smart Adeyemi of the All Progressives Congress (APC).

In the build-up to the 2019 general election, the former senator said God spoke to him about the defeat of the APC and President Muhammadu Buhari in the election 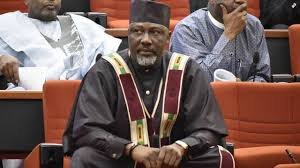 Politics Thank God the plan to kill me did not succeed,Â I won the election and Smart Adeyemi remains my political wife – Dino Melaye – Linda Ikeji’s Blog