The Election Petition tribunal in Oyo state will decide the fate of Ladoja and Ajimobi on the April 11 gubernatorial election today, following four months of legal battle. 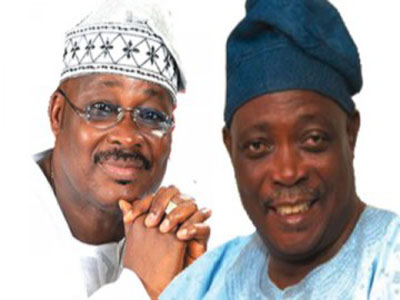 According to The Nation, tension is high in the camps of the All Progressive Congress (APC) and the Accord Party (AP) in Oyo State as the governorship election tribunal delivers its judgment today.

The Independent National Electoral Commission (INEC) had returned Ajimobi as winner of the election.

Ladoja, who contested on the platform of Accord, challenged the victory of Ajimobi of the All Progressives Congress (APC) before the tribunal.

Politics What Gov. Ajimobi Did To APC In Oyo – Buhari’s Minister – Naijaloaded