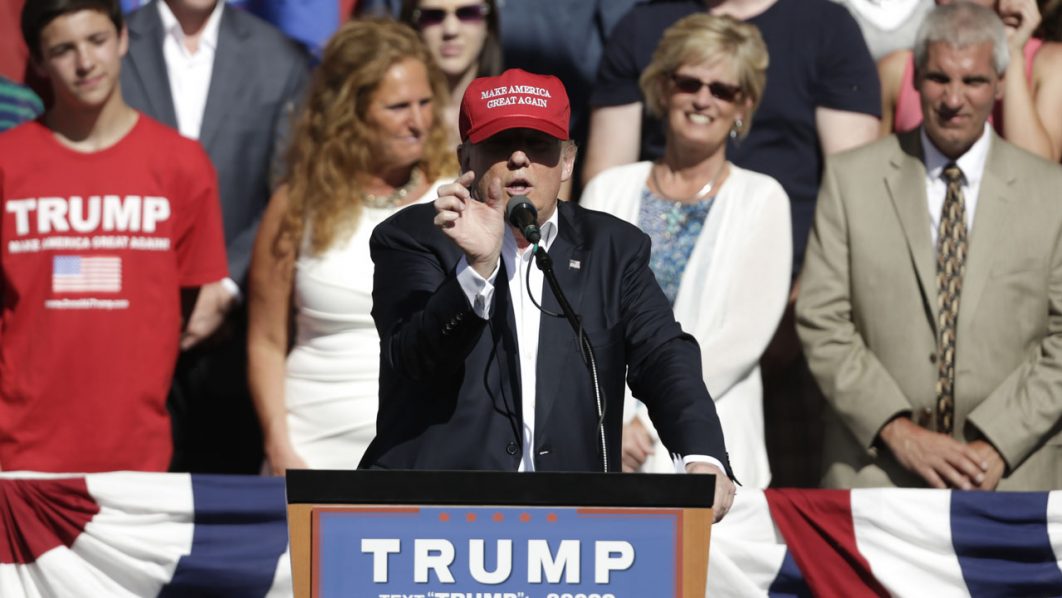 American business magnate and Republican Presidential front liner, Mr. Donald Trump, has said on Wednesday that his December press release “calling for a total and complete shutdown of Muslims entering the United States,” “hasn’t been called for yet” and it was “only a suggestion.”

It’s the latest lightning-speed evolution for the real estate tycoon as he pivots from the provocateur who upended the Republican primary to a general election candidate preparing to square off with likely Democratic nominee Hillary Clinton.

“We have a serious problem, and it’s a temporary ban — it hasn’t been called for yet, nobody’s done it, this is just a suggestion until we find out what’s going on,” the presumptive Republican presidential nominee told Fox News Radio’s Brian Kilmeade Wednesday.

But when Trump first introduced the proposed ban back in December he explicitly said in both a speech and in a press release: “Donald J. Trump is calling for a total and complete shutdown of Muslims entering the United States until our country’s representatives can figure out what is going on.” Trump is scheduled to spend the day in Washington, meeting with House Speaker Paul Ryan, who has so far withheld endorsing the businessman, and Republican party officials in hopes of bridging the gap between them. Ryan and Republican National Committee Chairman Reince Priebus both swiftly condemned Trump’s call for a ban in December.

Trump’s presidential rivals at the time had also slammed his proposal, including New Jersey Gov. Chris Christie who has since endorsed Trump and been tapped to lead his transition team should he win the White House.

“This is the kind of thing that people say when they have no experience and don’t know what they are talking about. We do not need to resort to that type of activity nor should we,” Christie had said on the Michael Medved radio show. “What we need to do is to increase our intelligence activities. We need to cooperate with peaceful Muslim Americans who want to give us intelligence against those who are radicalized.”