US President Donald Trump and Russian President Vladimir Putin have scheduled to speak on the phone tomorrow (Saturday) in their first conversation since Trump took office.

Trump has vowed to have better relations with Russia than his predecessor.

This month, he suggested he would lift sanctions imposed by the Obama administration if the Kremlin helps the US battle terrorists.

In his new year's message, Putin congratulated Trump and expressed hope their two countries would be able to "take their interaction in the international arena to a whole new level." 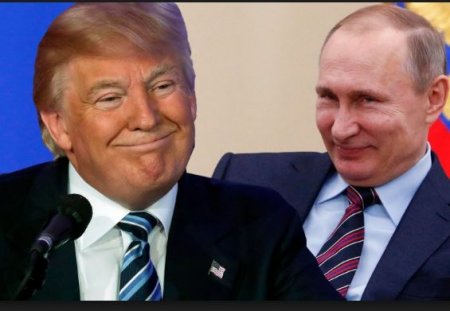 "Major global and regional challenges that our countries have confronted in recent years clearly confirm that Russia-US relations are an important factor in ensuring stability and security in the modern world," Putin said.

Russian Foreign Minister Sergey Lavrov this week called for the "re-establishment of normal relations" between Russia and the United States under the Trump administration.

"Following the difficult relations we had under Barack Obama, President Putin is ready to meet in the interests of global security and stability," Lavrov said.

Dec 15, 2020
Kayode Israel
K
K
World Barack and Michelle Obama return to the White House together for the first time since leaving office as their official portraits are unveiled...

World Why Donald Trump cannot be removed as US president: Vladimir Putin – Legit.ng