Metro Tunde Bakare Speaks - Chibok Girls Would Have Been Rescued If .....

Pastor Tunde Bakare in a Sunday message in Abuja commemorating the second anniversary of the kidnapping of 219 Chibok schoolgirls by Boko Haram spoke extensively on the failure of the Nigerian government ot rescue the girls. 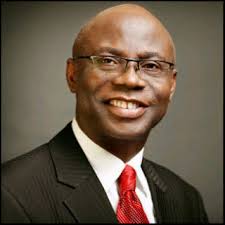 Read Bakare's message 'IT IS BETTER TO HOPE THAN TO DESPAIR' , below:

Two years ago, on the night of Monday, April 14 to Tuesday, April 15, 2014, Government Girls College in Chibok Local Government Area in Borno State was raided by members of Boko Haram. That fateful night, 276 teenage female students were abducted by the terrorist group and the vast majority of them remain in captivity.

As one family bound by faith, we gather here today in honour of our daughters. We have come to this sacred gathering to share in the fears and doubts that have surrounded their much awaited return. We have also come to express our compounded dissatisfaction in the past two years. While we note and appreciate the effort committed so far, permit us to speak also of our pain, for only in so doing can we find healing even as we wait.

We are not unmindful that the Nigerian state failed to provide security for our daughters as they gathered to write their final examinations despite prior intelligence reports that suggested they were in danger. We remember with pain that the government of the day was slow to act after that incident; we also remember that it was only when the horrendous incident generated global outcry that government invested frantic efforts – efforts which were a combination of confusion and helplessness, false alarms of rescue, and false reports of breakthroughs in negotiations. We recall how attempts by the international community to aid in the rescue attempt were met with failure.

It is most severely injurious to see that the fate of our daughters has been frequently politicised. Rather than rise to the occasion as stakeholders and custodians of the security and welfare of the citizens of this nation, political parties and politicians have paid lip service, using our pain and the plight of our daughters to score cheap political points. We are not convinced that the matter of our daughters has been given the needed thoughtfulness. We do not believe that those who are in a position to act have taken sufficient action towards addressing this issue or even towards calming our anxiety as waiting parents.

A Yoruba proverb says, “Omo mi ku san ju omo mi so nu lo”, which may be interpreted: “It is better to tell me that my child is dead than to tell me that my child is lost”. There are only three broad possibilities regarding the fate of our daughters: One, that they are all alive; two, that some are alive while some are no more; three, that they are all no more. But we believe they are still alive. Till date there is no evidence, not even satellite photography, suggesting that they are in a mass grave. So we believe that our daughters are alive, and that they can still be rescued alive.

We appreciate the government for the renewed military offensive and the gains recorded in the fight against Boko Haram. Yet, we had expected that this success would be translated into tracing the whereabouts of our girls or even finding some measure of closure for us, their parents.

If our daughters have been married off, to whom are they married? Who saw them being married off? Where are their husbands? Could those husbands be located in any of the villages and towns that were once under Boko Haram control but have since been taken back by the military? Have investigations been conducted to ascertain or eliminate this possibility as the military reclaimed one territory after another? Could they have been married off beyond the Nigerian borders? Have cross-border investigations been conducted to prove or disprove this possibility? If none of these is the case, then have they been married off to the Boko Haram fighters? If this is the case, what has befallen their captor husbands and what befalls our daughters when their fighter husbands are killed in battle? If our daughters have been radicalized as some have said, have our military encountered them in combat? Have there been young female Boko Haram casualties in battles between the Nigerian army and the terrorists? If there have been, what was done to their remains? We have more questions than answers.

If none of these is the case, then could it mean that most of the girls have been taken along with the Boko Haram fighters as they move from territory to territory following their dislodgement by the Nigerian Army? Could it mean that they have been kept in forts embedded in Sambisa forest while their captors engage the Nigerian Army? If this is the case, we understand that rescue would require special tactical military operations, details of which cannot be publicly discussed. However, what stops the government from creating a confidential information channel that will keep anxious parents abreast of the basic facts and show that, at least, this country cares for our daughters, no matter what happens? Who knows, through that constant interaction with decision makers, we may have been able to offer basic information that could aid not only in the rescue of our girls but in the prosecution of this war. While the military continues its offensive against Boko Haram, we may have been able to persuade decision makers not to jettison the carrot aspect of the equation, if only for the sake of our daughters.

However, in our waiting, our hope has been struck against the wall by discouraging statements; statements suggesting that there is ‘no firm intelligence’ on the whereabouts or conditions of our daughters; statements suggesting that our daughters may never return; statements suggesting that we have been leaning on false hopes and that our optimism over the expected return of our girls is baseless
We are aware of the story of David and the wounded Egyptian, servant of an Amalekite, after the raid of Ziklag which shows how amnesty for the adversary can aid intelligence gathering towards defeating the enemy and rescuing captives (I Samuel 30:10–19). We may have been able to persuade the government to watch out for genuine windows of non-combative engagement with the captors of our daughters and to take advantage of such opportunities to facilitate the release of our girls. We do not say this to disregard the genuine efforts of the government to see our dreams come true. We appreciate the fact that efforts are being made; we have waited two years to see these efforts yield fruit. Some of us have died waiting, and still – still – we wait.

We are mothers who, in pain and despair, fulfill the sacred observation that a mother can never forget her suckling child – We have never lost hope! (Isaiah 49: 14 – 18).

We are fathers who demonstrate the stubborn hope of the father in the parable of the lost child who kept his sight on the road from which the child departed hoping to see that child return home someday – We have never lost hope! (Luke 15: 11 – 24).

We are the indefatigable members of the Bring Back Our Girls campaign who, since the 30th of April, 2014, have continued to mount pressure on the government, made Unity Fountain our home away from home, marched the streets of Abuja, Maiduguri, Lagos and other cities in the country, hoping against hope and praying earnestly for the return of our girls – We have never lost hope!

We are the everyday Nigerian who says a prayer for the Chibok girls, who calls on radio programmes to keep the cause alive, who tweets about it and updates Facebook statuses with it; we are the print news houses who put the case of the Chibok girls on the front pages of our newspapers counting the number of days since our girls were taken – We have never lost hope!

We are the gallant Nigerian soldier who risks his life to dislodge Boko Haram from their bases and hideouts; who ransacks the camps of these terrorists, freeing hundreds and thousands of captive girls and women, while desperately hoping that among those precious Nigerians freed from captivity would be our dear Chibok girls, waiting to be rescued and reunited with their families – We have never lost hope!

We are that rare breed of public servants that one meets once in a while, who genuinely cares for the plight of our daughters and would have ordered an immediate military expedition for their rescue but for the fear that the terrorists could use them as human shields; officials who are open to strategies by which this battle can be won and our daughters can be rescued alive. We have never lost hope, and we will never lose hope until our daughters return. We are gathered here today to demonstrate the fact that, until this chapter is closed and matter resolved, we cannot – WILL NOT – lose hope.

In the words of Apostle Paul: “We are pressed on every side by troubles, but we are not crushed and broken. We are perplexed, but we don’t give up and quit. We are hunted down, but God never abandons us. We get knocked down, but we get up again and keep going”. (II Corinthians 4:8–9; NLT). And so we charge the government to intensify their efforts and do all that can still be done to bring back our girls – now and alive!

On the 16th of November, 2014, at The Latter Rain Assembly, on the occasion of the thanksgiving service to mark my 60th birthday, I had the opportunity to speak of the Nigeria of my dreams. I knew then that the Nigerian dream would be incomplete without the return of our daughters, so I spoke of “… a nation of peace and safety reconstructed on the altar of reconciliation and integration, where the returned Chibok girls will grow into accomplished women, and their sons and daughters will sit in the same Nigerian History class as the sons and daughters of the former Boko Haram members who once captured their parents, and both will be taught by a female professor who, as a final year student of Chibok Girls Secondary School, had almost lost all hope of completing her education or of even surviving those dark days that she spent as a captive in Sambisa Forest” I spoke of a nation “…where little children can walk and play safely on the streets without fear of being kidnapped”. May God look with mercy on our nation and bring back our captive daughters as He makes real the Nigeria of our dream.

And as we give thanks, let us keep hope alive. “Hope”, in the words of Arch Bishop Desmond Tutu, “is being able to see that there is light despite all of the darkness”. To keep hope alive, we must not permit hate or bitterness to creep into our souls in reaction to the injustice done to our innocent daughters these past two years. We must remember the admonition of Martin Luther King Jr.: “Darkness cannot drive out darkness: only light can do that. Hate cannot drive out hate: only love can do that”.

And so, with hearts filled with love and minds filled with hope, let us lift up our eyes in faith towards God Almighty as we wait expectantly for the return of our dear Chibok girls.

Jul 10, 2022
ese
E
K
Metro We never claimed to represent CAN or portray ourselves as their emissaries – Bishops who attended unveiling of Shettima as Tinubu’s running mate...