Students of the University of Benin (UNIBEN), Edo state has shunned the increment in school fees as announced by the school management at a time when they are at home and promise to resist the new hike in fees.

The current increase in fees marks the second time in consecutive academic seasons that UNIBEN would demand higher fees as part of the National Health Insurance Scheme (NHIS). A student union leader told SaharaReporters that the management had resorted to hiking NHIS fees because it had exhausted excuses for increasing fees under such names as teaching fees, examination fees and hostel fees. 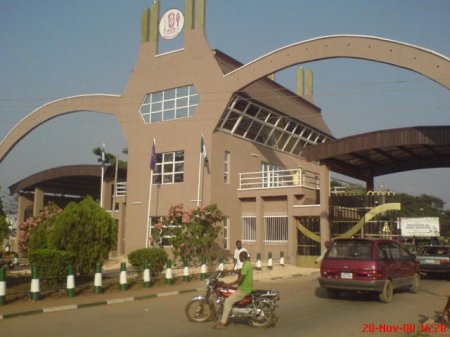 Students had stoutly resisted the university’s previous hike in fees, which proposed to raise fees from N9,800 and N7,800 fees to N24,000 and N22,000 respectively. In the end, the management and the students reached a compromise of N14,000 and N12,000 respectively.

“Why are they using it again to ask students to pay more?” one student asked, promising that the student body would resist the latest increase when they resume.

During the previous increase, UNIBEN’s Vice Chancellor, Osauiki Oshondi, pleaded with the students to accept the increase in NHIS fees in order to help the institution to bridge a revenue shortfall that arose from the cancellation of the university’s revenue-earning part-time programs.

“The N400 per student is a rip-off that will be resisted upon our students’ resumption,” said a student leader, adding, “N400 each from 40,000 students is a lot of money.”

Another student stated that the UNIBEN administration claimed that the new increase was a directive from the NHIS to all federal academic institutions. “But we doubt it. That’s why they announced the increase during our vacation period,” he said, vowing student resistance.

Metro Lol… Students drag their classmate to school after he refused to attend classes, days after his parents paid his tuition fees (photos) – Linda Ikeji’s