Curators
Sunday’s victims of Boko Haram attack in Auno, Konduga LGA of Maiduguri were like sitting ducks, waiting to be fried, when Boko Haram gunmen emerged to deal another devastating blow to Nigeria’s soft targets.

The victims were commuters returning to Maiduguri, but they were shut out from entering the city at Aoun by soldiers manning the gate at this point. About 300 vehicles were shut out because they all failed to beat the 4pm curfew deadline. 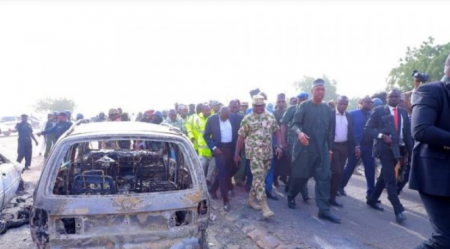