A soldier in Fort Bliss, Texas has beaten his two-year old daughter to death after he became 'upset' because she soiled her diaper, Yahoo! news is reporting.

20-year old Dartarious Graham, a U.S. Army specialist, was arrested by the El Paso police and has been charged with capital murder. His daughter, Peyton Graham was found unresponsive with 'suspicious' injuries.

She was found in her father's apartment and later died in a hospital on Saturday.

Police also reported that Graham's cousin, Robert Franklin, 19, saw Graham beating his daughter in her bedroom and walked away without calling for help.

23-year old Elizabeth Graham, mother of the child, was away at the time of the incident. However, investigations have shown that Graham has a history of beating his daughter and Elizabeth has neither reported nor done anything to stop it.

The mother and Graham's cousin have therefore been arrested for "injury to a child by omission." 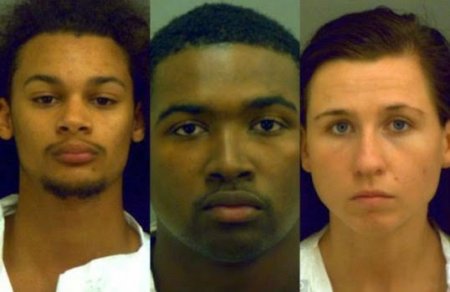