The United States warned that North Korea’s leadership will be “utterly destroyed” if war breaks out but its call for nations to cut ties with Pyongyang was rejected by Moscow while Beijing sidestepped talk of an oil embargo.

Washington urged tough action at an emergency meeting of the Security Council held Wednesday to respond to North Korea’s launch of an intercontinental ballistic missile (ICBM).

“The dictator of North Korea made a choice yesterday that brings the world closer to war, not farther from it,” US Ambassador Nikki Haley told the council.

“If war comes, make no mistake: The North Korean regime will be utterly destroyed.”

But her call for nations to “cut off all ties with North Korea” was rejected by Moscow, with Foreign Minister Sergei Lavrov saying Russia saw the proposal “negatively.”

“We have repeatedly stated that the pressure of sanctions has been exhausted,” Lavrov told reporters in Minsk on Thursday. 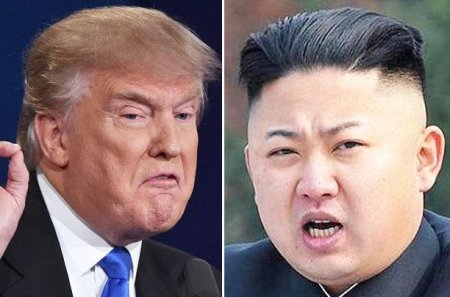 US President Donald Trump derided Kim Jong-Un as a “sick puppy” and threatened “major” new sanctions after Pyongyang tested its third ICBM — which it claimed was capable of striking anywhere in the United States.

The test ended a two-month lull in missile tests that had raised hopes for the opening of diplomatic talks. The North said the weapon could land anywhere in the continental United States, and France said Europe was also in striking distance.

Kim said the test of the Hwasong-15 weapons system had helped his country achieve the goal of becoming a full nuclear power, sparking global condemnation.

Haley said Trump had called Chinese President Xi Jinping and urged him to “cut off the oil from North Korea”, a move that would deal a crippling blow to North Korea’s economy.