Entertainment ''We don't want anything from you. Do right by my sister'' Two ladies can't pick a struggle as one of them accuses Davido of impregnating her (video)

Davido has reacted to the viral video of a lady claiming she is few weeks pregnant for him.

The hilarious video making the rounds on social media shows a young lady, Helen, and her sister, Susan.

Susan in the video said she met Davido at Eko Hotel a while back and that Lati, Davido's manager, introduced her to him. They had stuff and thought they would be having something concrete. Susan says she has tried to reach out to the singer after she found out she was pregnant but he has refused to answer her. 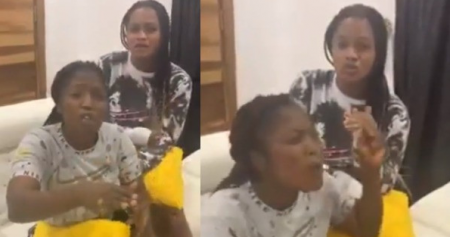