Brig.-Gen. Paul Boroh (rtd), Special Adviser to President Muhammadu Buhari on Niger Delta, has expressed concern over the delay in payment of stipends of former militants in the Niger Delta region. 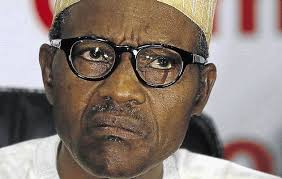 Boroh’s concern was conveyed in a statement signed by Mr Piriye Kiyaramo, Bayelsa Liaison Officer, Presidential Amnesty Programme and made available to the News Agency of Nigeria (NAN) on Sunday in Yenagoa

The statement quoted Boroh, the Coordinator of the Presidential Amnesty Programme, as describing the delay in payment as “unfortunate.”

It said that while reassuring the ex-militants of regular stipends, Boroh assured them that the payment would soon commence since the three days public holiday was over.

“I must say that the hiccups which were brought to my attention during the long public holiday by the Central Bank of Nigeria have been sorted out.’’

NAN recalls that some of the ex-militants on July 4 blocked the popular East-West road at Mbiama over backlog of unpaid stipends.

The statement quoted Boroh as expressing regret at the pains the delay had caused the former militants, urged them to remain calm.

“I want your cooperation as the present administration under President Muhammadu Buhari proffers lasting solution to the problems in the region,” the statement quoted Boroh as saying. (NAN)