Politics Why South-East Governors Must Vacate Their Offices - Biafra Movement

The Biafran Independence Movement has advised governors in the South-east who are not keeping their electoral promises to vacate their offices.

This was in a statement by the Biafra Zonal Information Director, Anselm Ogbonna, in Abia State.

The group said the people are unhappy with the failure of most of the governors to fulfil their promises.

He said, “l really mean my word, they should vacate their political offices now because they have lost focus. They have fed the citizens with the dividend of lies instead of dividend of democracy. Workers’ salaries are being paid over the radios and on the pages of newspapers; not in the offices. 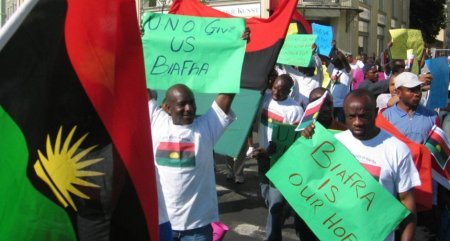 “Pensioners who worked with their blood to uphold the integrity of Nigeria are neglected; the politicians abandoned their pension payment”.

He also said the governors have also failed to protect their citizens from Fulani herdsmen.