A lady who goes by the name Kawaii Child on instagram took to her IG page on March 16th to post a photo of the dead baby boy she gave birth to.

She said the baby died in her tummy two days before she was due to give birth. She said she suddenly felt no movement inside her on that day and was feeling very different and rushed herself to the hospital where she was induced and she gave birth to a baby boy who was already dead.

She later explained that he died because his intestines were born on the outside of his body. 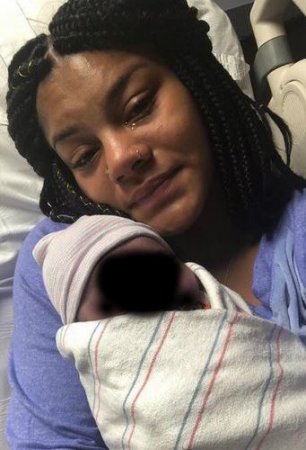