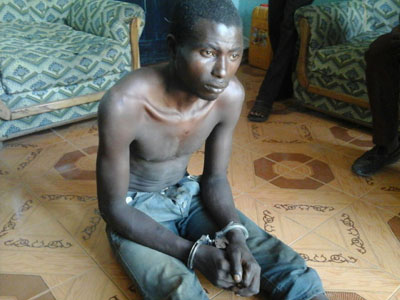 Confirming the incident, Police spokesman Toyin Gbadegesin said the suspect used a shovel to kill the victims while they were asleep.

Gbadegesin said Bisco ‘was not provoked before carrying out the dastardly act but acted under the influence of hard drugs.’

A source, however, alleged that the suspect killed his parents and siblings because they (parents) threatened to report him to security agents for allegedly being a member of the Boko Haram.

The bodies were taken to hospital for medical examination. Suspect to be arraigned. The Police said.