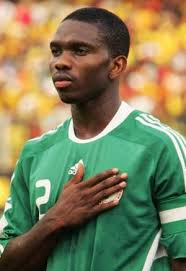 Joseph Yobo, a former Super Eagles Player recently organized a testimonial match to mark his 100 caps for the national team.

The governor has also appointed Mr Chibuzor Aholu as Senior Special Assistant to the Governor on Financial Matters.

A statement by Simeon Nwakaudu, Special Assistant to the Rivers State Governor on Electronic Media noted that both appointments take immediate effect.