A rare case of the Zika virus being transmitted through sex, not a mosquito bite, has been reported in the US.

A person in Texas has reportedly become infected with the virus after having sexual contact with an infected person.

The World Health Organization estimates that the virus could infect as many as four million people in the coming months; on Monday, it declared the outbreak a “Public Health Emergency of International Concern,” a designation that has rarely been applied in the past, and is intended to coördinate international funds and expertise. Fortunately, the majority of people who catch Zika (perhaps eighty per cent) will experience no symptoms. 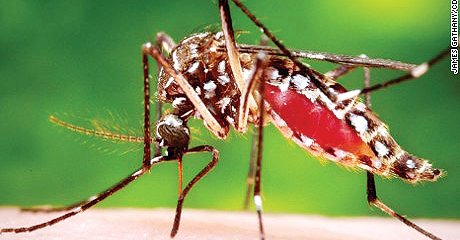 Zika virus can migrate between humans through sexual contact and it can also cross the placenta, affecting an unborn fetus.

A mother already infected with Zika virus near the time of delivery can pass on the virus to her newborn around the time of birth, but this is rare.

God help us.from one disease to the other