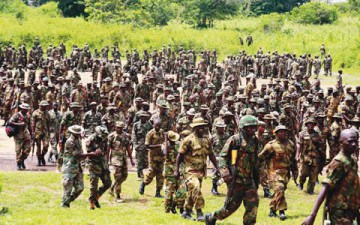 Usman's statement described the incident as a slight setback for the Nigerian troops operating in the Northern Borno State towns of Gudumbali and Kareto, saying, the situation was being stabilized.

He added that "The troops have re-joined their units for further action."‎

He said: "earlier media reports were exaggerated. The CO (Commanding Officer) is currently with his soldiers."‎

Such minor setbacks are common in military operations, Usman said.