Africa’s largest statue of Jesus was unveiled in the Imo state village of Abajah today.

The 8.53 metre (28 foot) tall “Jesus de Greatest” statue commissioned in 2013, was built by a Chinese company and carved in white marble. 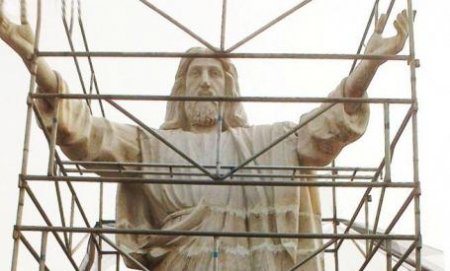 “It’s the biggest statue of Jesus on the continent,” said Onuoha, the 43-year-old chief executive officer of an oil and gas distribution company.

Forty three year-old Obinna Onuoha, the CEO of Premier Petroleum Limited who financed the erection of the statue said he had a dream in 1997 to build it.