Rock star Elton John believes that the fast spread of HIV/AIDS across Africa is simply because people are afraid to come out publicly to declare they are gay.

African countries have vehemently kicked against recognising gayism, with some countries even placing up to 14-year jail sentence on anyone that is gay.

On Thursday, Elton John Aids Foundation has given $5m to organisations in sub-Saharan Africa who work with lesbian, bisexual, gay and transgender people suffering from AIDS or HIV. 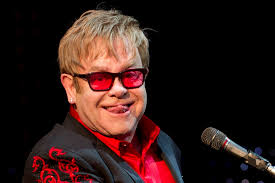 He says the stigmatisation they suffer makes them more vulnerable to contracting the disease.

John and his husband, David Furnish, will unveil a new partnership with the US President’s Emergency Plan for AIDS Relief (PEPFAR), with the Elton John AIDS Foundation and PEPFAR each contributing $5 million to a fund to increase access to medication for people with HIV and AIDS in countries that are prejudiced toward the lesbian, gay, bisexual, and transgender (LGBT) community.

“We’re seeing an alarming growth in infections amongst these communities [where] we find that LGBT people are stigmatized where they live,” John told CNBC’s Tania Bryer.

“It stigmatizes the disease and the conditions where they live and so they don’t come out and have HIV tests. They feel nervous about going on the medication, about being labelled or branded as someone with HIV, so we really have to go in and attack the root of the problem and that is the stigmatization and the lack of safe access to treatment and advice and counselling.

“Otherwise, we won’t stop the disease in its tracks.”

On whose authority? Through your homosexuality, you brought diseases through what even animals abhors. You practice the unseemly, now you are criticizing others that sticks to what is right.