The Lagos State Government on Monday said it had introduced the Rent-to-Own Policy to support the Lagos Mortgage Scheme for home ownership in the state.

The Commissioner for Housing, Mr Gbolahan Lawal, said at a ministerial news conference in Ikeja that the scheme had already become effective.

Lawal said that the policy was aimed at making housing more accessible and affordable, particularly to medium and low income earners in both informal and formal sectors. 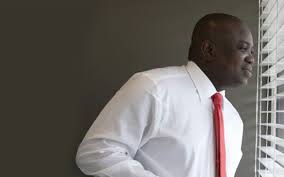 According to him, individuals, under the arrangement, are required to pay five per cent of the value of the housing unit as commitment fee.

He said that the remaining payment would be spread over 10 years at six per cent interest rate.
O

Good thinking and hope is not a talking shop, now they remember they are ruling people, not themselves and their pocket alone after more than thirty years when Jakande housing units was build, they now notice they have to spend the peoples money for the people, after looting billions of Naira of the state revenue. I hope they continue with this kind of thinking. I am not going to praise Ambode for this, because this is one of the implementation that supposed must have been done many years back.
L

Here comes mortgage from the Lagosian government. What happens after the current administration expires though? Will Baba Titi be back to square one after paying mortgages for 4/8 years?

Lequte said:
Here comes mortgage from the Lagosian government. What happens after the current administration expires though? Will Baba Titi be back to square one after paying mortgages for 4/8 years?

Government is a continua Sir.

There is always a regulation backing all these up...except where its done illegally.. then Baba Titi can meet himself inside hot soup after 4/8yrs

May 17, 2018
mrsam
M
E
Metro No provision for 820 buses in budget I managed, says ex-commissioner on Ambode probe - The Cable