The move, impeccable sources in the state Governor’s Office said, was meant to bring sanity into the transportation sector, beginning from eradication of the operation of the commercial motorcycles in every nook and cranny of Lagos. 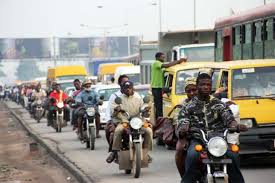 Also, New telegraph gathered that Governor Akinwunmi Ambode is predisposed to the flagrant abuse of the law by the motorcyclists and the commercial bus drivers who flout all the provisions of the law.