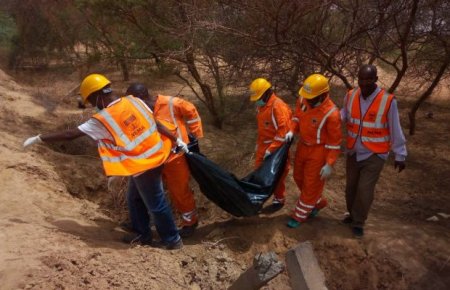 The incident occurred at around 10:30am.

The male attacker who hid in the bush around UNIMAID community surrounding, had tried to gain access into the campus vicinity.

A statement made available to DAILY POST by Abdulkadir Ibrahim, the Information Officer, National Emergency Management Agency, NEMA in North East, said the aim of the bomber was to get to where students were gathering.

It added: “Unfortunately for him the IED exploded and killed him. No casualty was recorded.

“Emergency workers from the National Emergency Management Agency (NEMA) and that of the state (BOSEMA) were drafted to the scene.

North is ready for break up of Nigeria – Ango Abdullahi

“The corpse of the suspected suicide bomber has been deposited at Borno specialist hospital.”
T

MayGod save us in this country

I wander what people are still doing there. FG should declare state of emergency Maiduguri