Curators
The trial of the former National Security Adviser (NSA), Sambo Dasuki and others, for a N13.5billion money laundering charge has stalled over the absence of counsel to the second defendant in the trial. 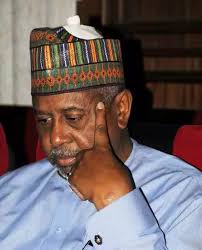 Dasuki and four others are facing a 19-count charge bordering on money laundering and criminal breach of trust to the tune of N13, 570billion before the High Court of the Federal Capital Territory (FCT) sitting in Maitama.

At the resumed hearing today, prosecution counsel, Rotimi Jacobs (SAN) informed the court that the matter for the day was the application filed by the first defendant.

Joseph Daudu (SAN), who represented Dasuki (first defendant), had at previous sitting informed the court about a fresh motion seeking to consolidate the charges before the court with another case before Justice Peter Affen of the same High Court of the FCT.

However, the absence of the former Attorney-General of the Federation (AGF), Akin Olujinmi (SAN) who is the counsel to the second defendant, Shuaibu Salisu delayed the moving of the application.

The presiding judge, Justice Hussein Baba-Yusuf initially stood the matter down for few minutes but later adjourned the matter to July 11th, 2016.