The Nigerian army has threatened to bring down the full weight of the law against groups or individuals threatening the unity of the country, according to TheCable reports

Addressing journalists in Damaturu, capital of Yobe state on Thursday, Sani Usman, spokesman of the army, laid emphasis on the rules of engagement (ROE). According to him, the ROE sets out the circumstances and limitations under which force may be applied to achieve military objectives in line with government policy. Biafra groups have staged series of protest in the eastern part of the country in recent times. 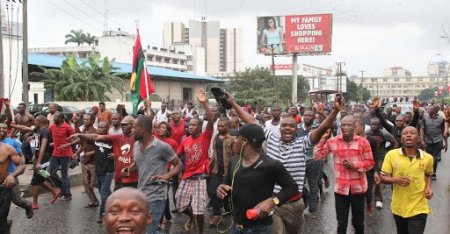 “The Nigerian army would like to send an unequivocal warning to all and sundry, more specifically to all those threatening and agitating for the dismemberment of the country, committing treasonable felony and arson, as well as wanton destruction of lives and properties that once deployed, we shall apply the ROE to the letter,” he said.