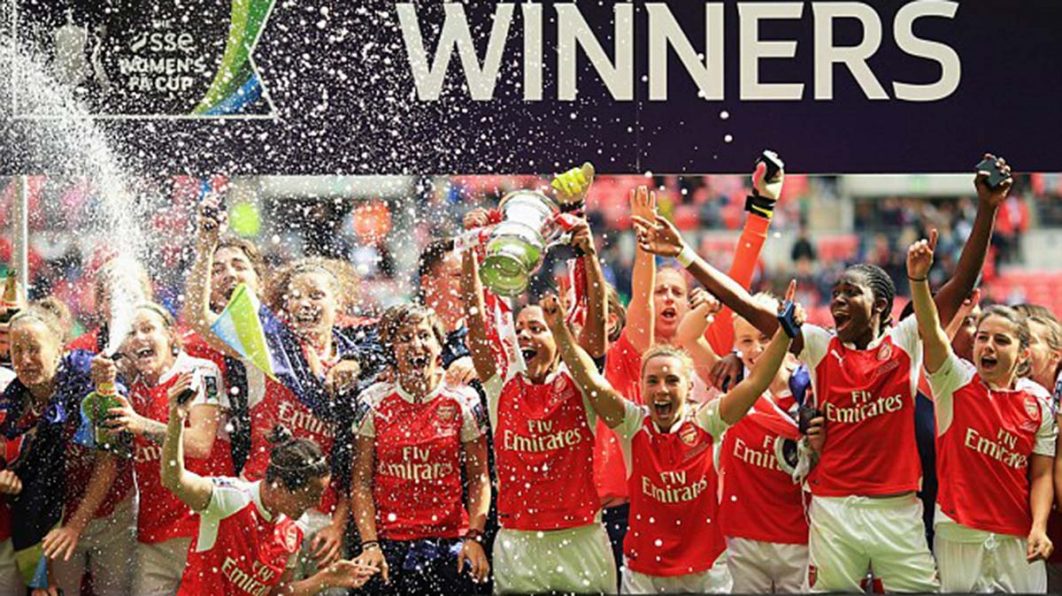 Arsenal Ladies beat London rivals Chelsea Ladies 1-0 in the final of the Women’s FA Cup in front of a competition record crowd of 32,912 at Wembley on Saturday.

Danielle Carter scored the only goal of the game with an excellent first-half shot as Arsenal overcame a Chelsea side who kicked-off having won four successive matches in the Women’s Super League.

Carter, 22, went past Hannah Blundell on the left corner of the penalty area before curling a shot beyond the reach of Chelsea goalkeeper Hedvig Lindahl after 18 minutes.

Lindahl made several good saves as Arsenal failed to get the second goal that would have helped put the result beyond doubt.

Chelsea had a number of chances to equalise and their best opportunity of the second half came with 20 minutes left when South Korean midfielder Ji So-Yun shot narrowly wide.