Fear of violence during the rescheduled governorship election in the Southern Ijaw Local Council of Bayelsa State tomorrow, residents of the area have been fleeing to neighboring states, Guardian reports.

There is even the fear among many of them that the election may not hold because the magnitude of violence will be such that past crises will be child’s play. They also fear that security forces deployed in the area will not be able to control an outbreak of violence. 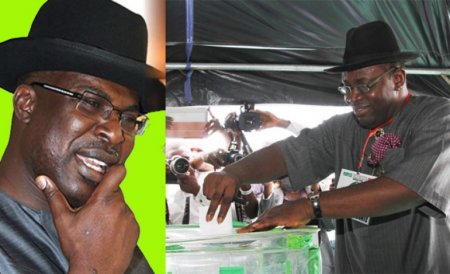 As if confirming the fear of the residents, the Speaker of the state House of Assembly, Mr. Konbowei Benson , was yesterday reportedly attacked in Korokorosie in Southern Ijaw Local Council

A member of the Peoples Democratic Party (PDP) who spoke on a live telephone radio programme, claimed that some persons suspected to be members of the opposition threw dynamites that destroyed part of his house.

He claimed to have got wind of the attack in the early hours of yesterday through a telephone call. However, the Police Public Relations Officer in the state, Asinim Butswat, said he was yet to be informed of the development.