Curators
Nigerian troops attached to the counter-insurgency initiative, Operation Lafiya Dole, at about 8.10 pm on Sunday, foiled at attempt by Boko Haram to wreak havoc in Maiduguri. The troops, deployed in the Cashew Plantation around Bille Shuwa and Alikaranti villages, killed six insurgents and seven suicide bombers.

The bombers, who eventually attacked fleeing locals with Person-Borne Explosive Device, caused the death of 15 persons and injuries to 83 others. 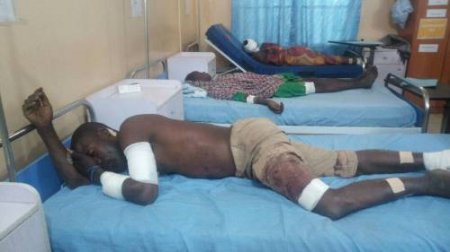