The new British prime minister, Boris Johnson, has appointed his brother, Jo Johnson, as a minister, despite his vocal opposition to Brexit, Indy100 reports.

Legit.ng gathered that Jo, who resigned in 2018, over Theresa May’s Brexit plan and campaigned for a second referendum, would now be part of a government that wants to take the..... 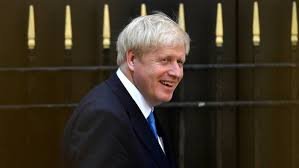