Neymar’s absence from this year’s Copa America Centernatio was made official on Friday when the Barcelona star was left out of Brazil’s 40-man preliminary squad for the competition. 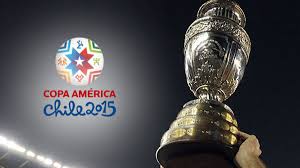 Real Madrid’s Marcelo and Paris Saint-Germain duo Thiago Silva and David Luiz also failed to make coach Dunga’s list, which will be whittled down to 23 players on May 5.

Selecao captain Neymar had been embroiled in a club vs country row for a number of months prior to the Brazilian Football Federation (CBF) and Barcelona reaching an agreement that will see him play in August's Rio Olympics but sit out of June’s Copa America in the USA.

Thiago Silva’s continued absence from the Brazil squad has been a bone of contention in the local media but his omission comes as no surprise, with the PSG star not having made a Dunga squad since the previous edition of the Copa America, in June 2015.

His team-mate in the French capital, David Luiz, was left out despite being the second most-capped central defender under Dunga. The former Chelsea man has also captained Dunga’s Brazil on two occasions. 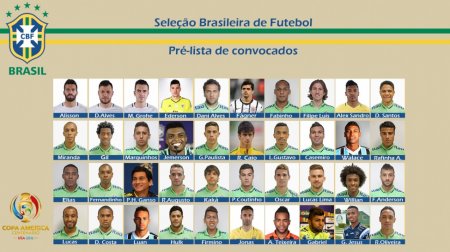