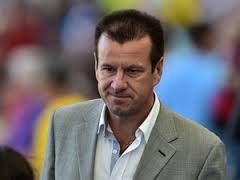 Peru eliminated Brazil with a 1-0 result on Sunday thanks to a controversial goal that appeared to come off the hand of striker Raul Ruidiaz.

But the manner of the defeat was not enough for Dunga to retain his job, as the Brazilian Football Confederation (CBF) relieved him of his duties after he returned from the United States on Tuesday.

Sources close to Brazilian club Corinthians told ESPN Brasil that the CBF has already approached their manager Tite to replace Dunga. Tite could also take charge of the Olympic team in August, when hosts Brazil will be in search of their first gold medal.