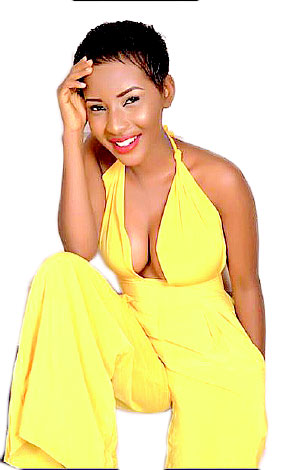 Being viewed as a sex symbol isn't all it's cracked up to be . Or at least, that is what up and coming Osun born actress Adebola Adewuyi believes.
According to the Yoruba starlet, when people tell her that she is sexy, she often believes that they have some ulterior motive that is not entirely pure at heart.

The actress also added that she believes that when men find out that you're an actress, they first believe that you're a prostitute.

"I don’t want you to see me and the next thing that comes to your mind is sexiness. Beautiful is okay but sexy is obscene. " she further stated.

On the topic of love, the actress proudly stated:
“I’ll go for love because love is everything. I wouldn’t mind working hard to get everything else money can buy,” she said.