Chief Bisong Etahoben, an international investigative journalist and traditional ruler revealed how a jealous wife from Kerawa North in Cameroon exposed her husband who she claims trains girls, arm them and sends them as suicide bombers to wreck havoc and claim many lives.

Etahoben, made the disclosure through his twitter handle, said the wife labeled her husband as “Emir of Boko Haram” – informing that she helped her husband who now lives in Goche, to prepare girls who exploded bombs in Mozogo, Ashigashiya and Kolofata regions of Cameroon. 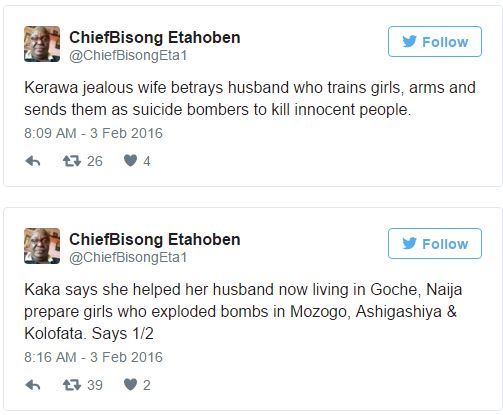