Curators
Chelsea have escaped a possible points deduction, following their bench-clearing fracas at the end of their 3-1 win over Manchester City on December 3. 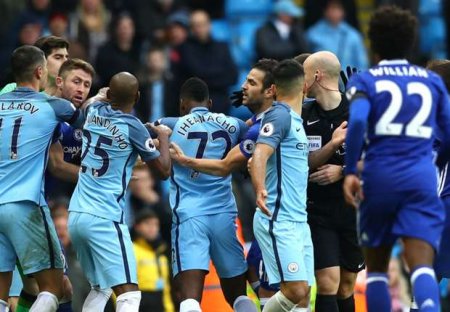 There were reports that the Stamford Bridge side are in danger of becoming the first top-flight team since 1990, to suffer the grave consequences.

An FA statement said: “Following an Independent Regulatory Commission hearing, Manchester City and Chelsea have been fined £35,000 and respectively after both admitted a breach of FA Rule E20(a).

“The two clubs were charged for failing to ensure their players conducted themselves in an orderly fashion and/or refrained from provocative behaviour.

“It followed an incident in the 95th minute of the game on Saturday 3 December 2016.”