World China Sets Death Penalty For Corruption Cases of £300,000 and Above

Corruption cases involving more than £300,000 or three million yuan could incur the death penalty in future, Chinese authorities have ruled.

Under President Xi Jinping the country has waged a much-publicised anti-corruption campaign however no Communist Party official is known to have been put to death for the offence since Xi took office.

The Supreme People's Court and China's national prosecuting body said that bribes or embezzlement totalling three million yuan or more will be considered 'extraordinarily huge value' and could incur the death penalty, or a life sentence without parole. 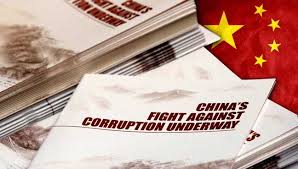 The intent was to punish corruption 'with severity according to the law', Xinhua said.

A previous threshold was set in 1997 at 100,000 yuan, but was not updated until it was abolished last year.