Also admitted to bail in the sum of N50m is Sowore’s co-defendant, Olaleye Bakare, facing alleged Treasonable felony charges among others.

Justice Ojukwu who admitted the defendants to bail in a ruling, held that the offences they were been charged with are bail-able. 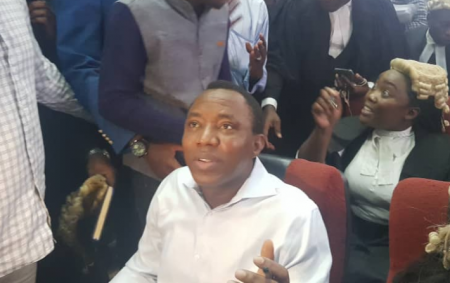