Oil prices dropped to $49 a barrel on Monday as Iraq raised its crude exports target ahead of an OPEC meeting.

Canadian production was set to restart after huge wildfires. But while attention now turned to a meeting of the Organisation of the Petroleum Exporting Countries (OPEC), in Vienna, Thursday, most analysts did not expect any changes in the group’s production. 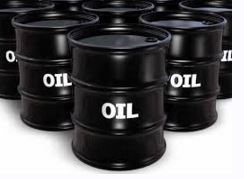 With the OPEC unable to agree on an output freeze in an effort to support prices, Iraq was the latest Middle East producer to raise its export quota ahead of the meeting, supplying 5 million barrels of extra crude to its partners in June.

“Iraq plans to discuss freezing oil production, but Iran and Saudi Arabia are unlikely to be ready to take any such step.”