Daimond Bank Plc on Wednesday reported a fall of 88 per cent in profit after tax for the year ended December 31.2015.

Although the bank recorded a growth of 4.3 per cent in gross earning, its profit before and after tax fell significantly.

The lower bottom line was affected by high net impairment loss on financial assets, which jumped by 109 per cent from N26.3 billion to N55.2 billion. 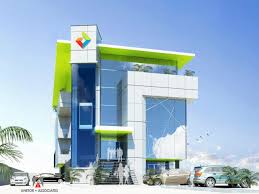 In his comments, the Chief Executive Officer of Diamond Bank, Mr. Uzoma Dozie, said: “2015 was undoubtedly a challenging year for us owing to a mixture of external factors not limited to regulatory headwinds and a difficult macroeconomic environment. Whilst this led to additional impairment charges following a prudent review, we have further tightened the criteria for loan originations in order to better align our loan portfolio with the macroeconomic conditions. As a result, we are confident that the overall quality of our loan book remains high.”

“A number of mitigating actions are being taken to address and drastically reduce these challenges, thereby putting Diamond Bank in a better position to achieve better results and strong earnings for the shareholders in the current business year”, the CEO said.