The Chairman of the Senate ad hoc Committee on Publicity, Senator Dino Melaye, on Tuesday, tore the Peoples Democratic Party membership card of the immediate past commissioner representing Cross River State on the board of the Niger Delta Development Commission, Mr. Paul Adah.

According to PUNCH, Melaye also tore the party’s constitution as the former NDDC commissioner joined the ranks of eminent PDP stalwarts that have defected to the All Progressives Congress in the state. 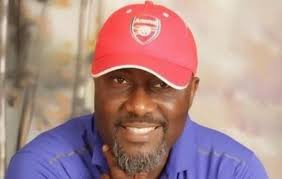 At a rally held at the APC ward secretariat in Ohong-Begiadang community of the Obudu Local Government Area, Melaye, who represents Kogi-West senatorial district, said there was no doubt that the party would take over power from the PDP in the state.

According to Melaye, any election in the state will not favour the PDP.

He said the APC was a progressive party that would rescue the country from the rot it had suffered.

Politics Only people with degree in stupidity will leave PDP for APC – Dino Melaye – P.M. News