Curators
The Department of State Service (DSS) has filed an application before a federal high court in Abuja, seeking to detain Omoyele Sowore, convener of the #RevolutionNow movement, for 90 days.

In an ex parte motion with number: FHC/ABJ/CS/915/19, G. O Agbadua, counsel to the DSS, told the court that the secret police needed the period to investigate Sowore.

Agbadua told Taiwo Taiwo, the judge, that a video clip evidence was attached to the application. 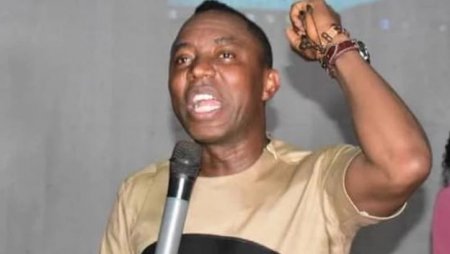 Aug 28, 2019
ese
E
E
Metro ‘They threw me on a cold floor and locked the door’ – details of Sowore’s first conversation with DSS - The Cable