The Manchester United striker replaced Adam Lallana after 73 minutes in the Three Lions' clash with Wales, breaking the record Wayne Rooney had held since 2004. 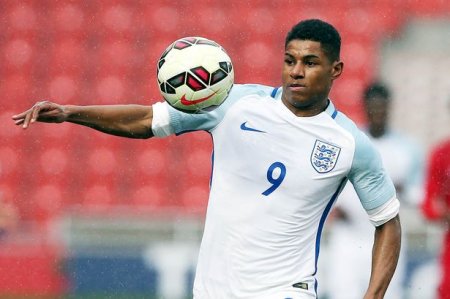 Marcus Rashford has become England's youngest ever player at a European Championship finals at 18 years and 228 days old.

The Manchester United striker was brought on with 17 minutes of ordinary time remaining, replacing Liverpool's Adam Lallana, as the Three Lions chased a winner against Group B opponents Wales.

Wayne Rooney has held the record since Euro 2004 when he appeared in England's 2-1 defeat to France, with Rashford registering four days younger.

The United forward scored twice on his United debut, and then scored another double on his Premier League debut. Then, keeping up the trend, the teenager scored on his England debut.