The Federal Executive Council (FEC) on Wednesday approved a draft of the Medium Term Fiscal Framework (MTFF) brought to it by the Minister of Finance, Mrs Ngozi Okonjo-Iweala.

The Director-General, Budget Office, Mr Bright Okogu, disclosed this to State House correspondents after the weekly FEC meeting presided over by President Goodluck Jonathan at the Presidential Villa, Abuja.

Okogu said that the MTFF, spanning 2015 to 2017 was contained in the revenue estimate and expenditure plan of the Federal Government within the period.

He said that the consideration and approval of the MTFF by FEC was geared toward the preparation of the 2015 budget.

Okogu added that in line with the president’s economic vision, the 2015 to 2017 framework focused on job creation and inclusive growth.

He said that the draft was a product of earlier consultations between the ministry and the National Assembly as well as other stakeholders in the budget process.

According to him, this is to forestall any misunderstanding between the executive and legislative arms of government that usually results in a logjam. 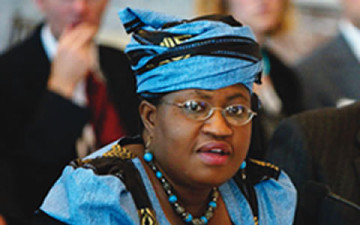