Politics FG Deports 3 Koreans, Bans Them From Nigeria For 10 Years

The federal government has announced the deportation of three South Koreans from the country over alleged immigration offences.

Ekpedeme King, the spokesperson for the Nigeria Immigration Service said this in a statement released yesterday that they remained ineligible to enter the country for 10 years.

“The Federal Government of Nigeria had on the 20th of July, 2016 deported three (3) South Koreans namely Lee Yoo Song, Lee Byeung Woo and Moon Een Soo for Immigration related offences. The Hon. Minister of Interior, Lt. Gen. Abdulrahaman Dambazau (Rtd) in the exercise of the powers conferred on him by sections 45(2) and (3) and 44( 1e) of the Immigration Act 2015 signed the Deportation Order. 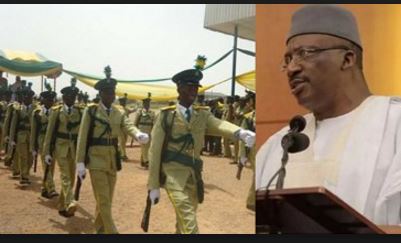 With the deportation order in force, the three (3) Koreans will not be eligible to enter Nigeria again through any port in the next ten years.

Without prejudice to the Foreign Investment Drive of Government, the Comptroller – General of Immigration, Muhammad Babandede, wishes to use this opportunity to caution all expatriates and their employers in Nigeria to respect the laws of the country as the Nigeria Immigration Service is determined to implement all aspect of immigration laws in the public interest.

However expatriates resident in Nigeria with correct documentation are assured of the protection of their rights and dignity”.