The Minister of Science and Technology, Dr Ogbonnaya Onu, has said that the country will begin local production of pencils in the next two years.

After a facility tour of Projects Development Institute (PRODA), Enugu, Onu said the project would create over 400,000 jobs in line with the vision of the current administration.

He said that it was wrong for the country to be importing pencils when it had the capacity to produce them.

“It is unthinkable that 55 years after independence, Nigeria Is still not producing pencils when we have the human and material resources in the country.

“PRODA has to produce pencils for Nigeria and they have given me the assurance that this can be done and that with pencil manufacture here we will be creating 400,000 new jobs. 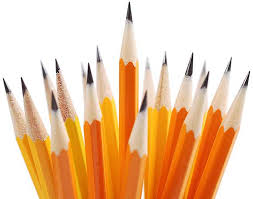 “The (Muhammadu) Buhari administration is committed to creating new jobs and growing our economy,” he said.

The minister said that the ministry would give PRODA the necessary assistance to realise the project.

Earlier, the Director-General of PRODA, Mr Charles Agulanna, said that the agency, established by the former Eastern Nigeria Government, was one of the oldest research institutes in the ministry.

Agulanna, who was represented by the Director of Engineering, Dr Edwin Oriaku ,regretted that the institute had not received the attention it required from the Federal Government.

He said that allocation of funds had persistently been short of requirement for research and development.