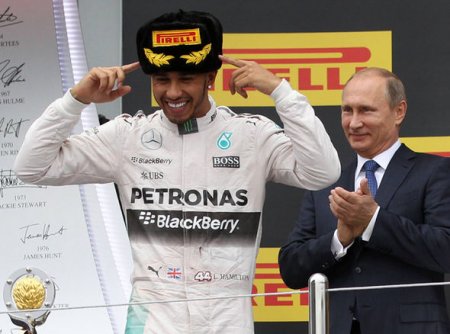 The victory has drawn him on level with Jackie Stewart- the only briton to have won three world titles.

Hamilton owed the victory to an unforced error by Rosberg on the 49th lap when he made a mistake and ran wide at Turn 15 as the pair duelled for the lead.

That mistake gave Hamilton the lead, victory and his third champions’ crown.

"It's the greatest moment of my life," he said moments afterward, in-between what seemed to be sobs on his car radio.

"Thank you all so much, I am so grateful to you all. And to my family I love you all. Thank you." he said.