Zainab Tukur was arrested by the Bauchi State Police Command for allegedly dumping her six-day-old baby girl under a tree.
It was learnt that Zainab wrapped the new born with a wrapper and dumped her under a tree at Gungura village in Ganjuwa Local Government Area of the state and fled. She was later arrested by police operatives in Bauchi.

The Command’s Public Relations Officer, Haruna Mohammed, the mother and the baby were later taken to the General Hospital, Soro in Ganjuwa LGA for treatment.

He said: “On the 19th of October, 2015, at about 8.00am, following intelligence report, police detectives attached to Soro Division discovered a six-day-old baby abandoned and covered with a wrapper inside a deep hole under the tree at Gungura Village in Ganjuwa LGA of the state. 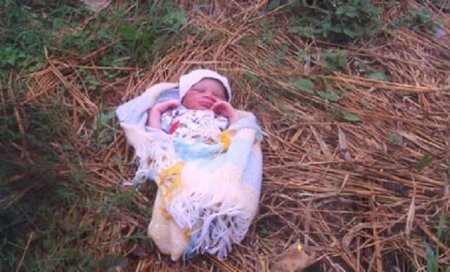 “Discreet investigation led to the arrest of the suspect, one Zainab Tukur, female, and 30 years old from Kirfi LGA who, incidentally, is the mother of the child.”
Haruna, a Deputy Superintendent of Police (DSP), said police had commenced investigation to ascertain the motive behind her act after which she wouldbe charged to court for prosecution.

Meanwhile, Mohammed told SUN that Zainab, who was invited to the state police command for questioning, had since been taken to the Social Welfare with her baby.