Sports I don't have any relationship with Ronaldo - Jose Mourinho

Chelsea manger Jose Mourinho has further stoked the fire over his animosity with Cristiano Ronaldo saying that he does not have any relationship with his fellow Portuguese.

Both men fell out in the latter stages of Mourinho's time at Real Madrid,after the coach lost the trust of most of his players.

With Ronaldo being linked with a move to Chelsea,the latest revelation by Mourinho has doused any prospects of the move seeing the light of the day.

While Mourinho maintains that he no longer has any ties with Ronaldo,he however cannot deny the talents he possesses.

"The relationship between Ronaldo and myself is non-existent," Mourinho told TV1. "He plays for Real Madrid, I'm the Chelsea manager.

"You would not find us hanging around together. The relationship does not exist but the memories of his impact do.

"I have to remind myself that he is a goal machine who helped me become a Liga champion, win the Copa del Rey and the Supercopa.

"I try to keep the best memories of Cristiano Ronaldo with me and I wish him all the best in his career - especially with Portugal but also with his club." 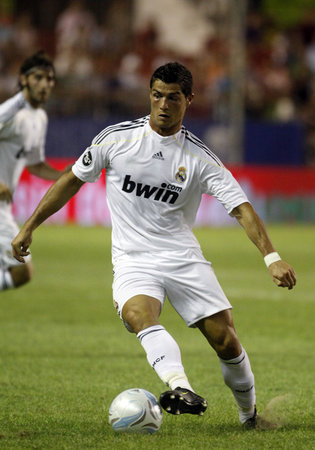 K
Sports Cristiano Ronaldo should leave Italy, so I can have peace – Mourinho – Ladun Liadi’s Blog