Politics I Will Be The President Of Nigeria - Dino Melaye [Video]

Senator representing Kogi West Senatorial District, Dino Melaye has said that he want to become the President of Nigeria.

He was speaking on the tussle in the leadership of the National Assembly, most especially Senator Bukola Saraki's trial at the code of conduct tribunal over alleged false asset declaration.

He said: “Not that I want to be, I will be the president of the country”. 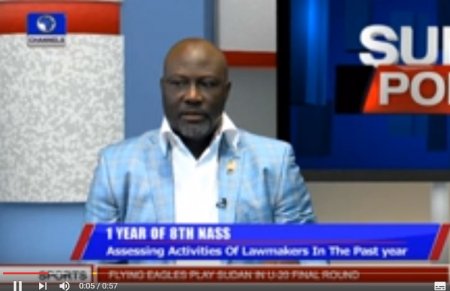 Mar 5, 2021
Chinedu Iroka
C
E
Politics I May Be The Next Senate President, Says Candidate Who Refused To Step Down For Lawan - Daily Trust

Jun 16, 2022
ese
E
K
Entertainment “I am sane, strong and wealthy and will be running for President of Nigeria” – Actor Hanks Anuku - YabaLeftOnline